This weekend, I am the Guest of Honor at Albacon, a fun convention in Albany, NY.  I’ll be showing my latest dryer lint pieces, doing a slide show presentation, and giving a demonstration of how I make my work. I’m very honored by this. I hope to see some of you there! 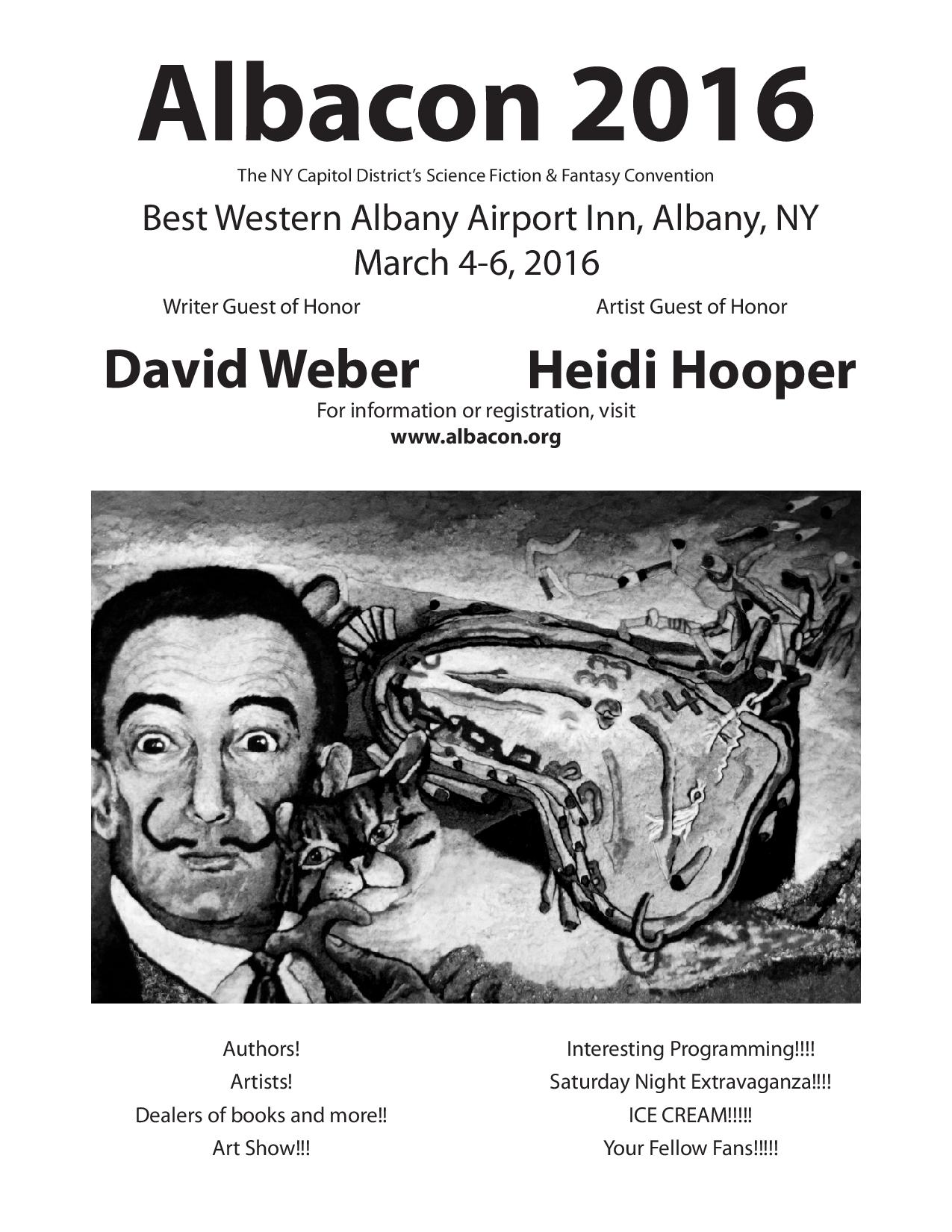 I will be a guest at the Mysticon convention this weekend (with Guest of Honor George R.R. Martin). My work will be in the Art Show and I will be on the following panels:

How to Rock the Masquerade (Friday 3pm): Sit down and learn from some Masquerade veterans. They will give you some pointers on how to work your costume in a masquerade and gain the attention and adoration of the judges. With Anita Allen, Heidi Hooper, Mark MacDicken, Sarah Oliver and Matthew Penick

Opening ceremonies (Friday 4 pm): In which the Guests are introduced

The Future of Professional Artists (Friday 5 pm): The days of the healthy living from paperback cover commissions are gone. As professional artists sustain their careers by diversifying, selling directly through their websites and crowdsourcing their personal projects… what does the future hold? With Seth Banner, Shawn Durington, Heidi Hooper, Ben Mirabelli, Nathan Skreslet and JP Targete

Iron Costumer (Friday 8:30pm): Iron Costumer: Three Master Costumers will be given a time limit and a theme, they will pull in people from the audience to help them assemble a new costume. They must use the secret ingredient in each part of their costume in order to win the title of Iron Costumer! The costumes will be auctioned off in the charity auction! Participants should bring supplies with them for the creation of the costume. The “secret ingredient” will be supplied by the convention. With Heidi Hooper, Angela Pritchett and Sue Ann Ziegler

My latest work, with some of the most famous Dr. Who characters. Note that they are all cheating. 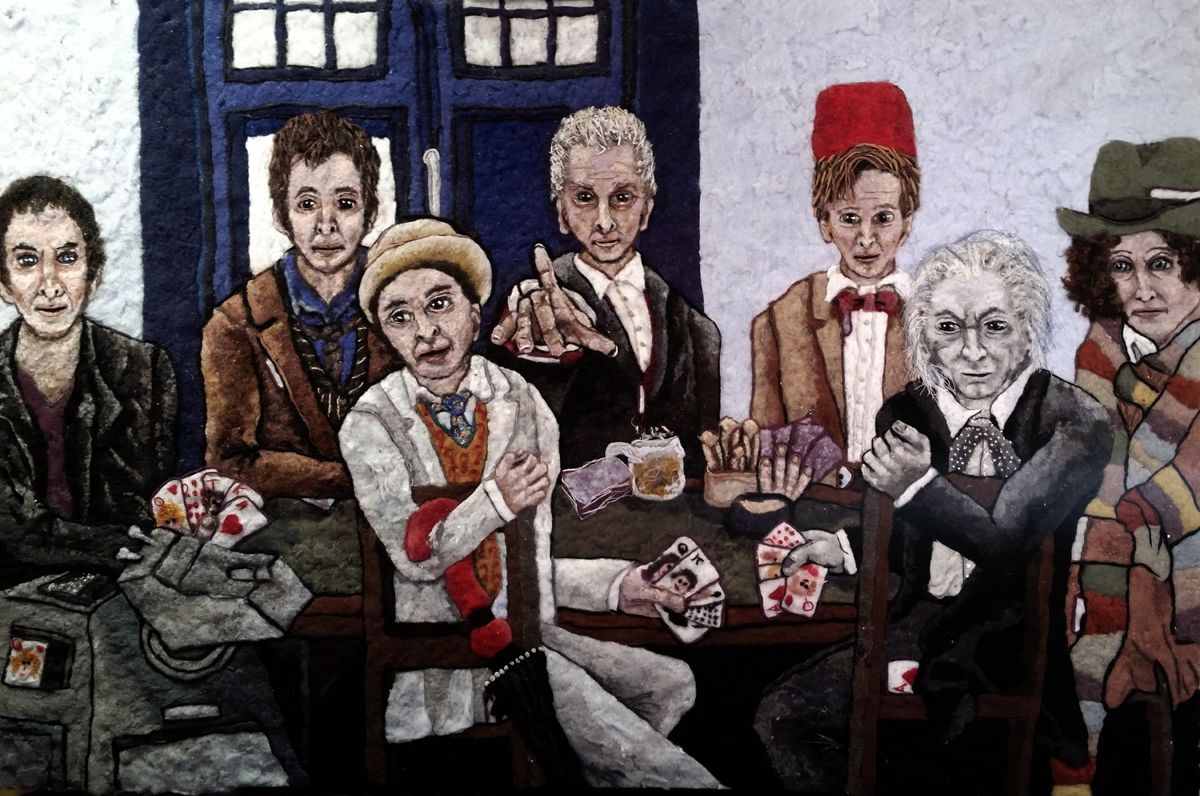 Art Opening at Soho in the Burg

I had fun last night at an opening at Soho in the Burg, a very nice gallery here in Stroudsburg. 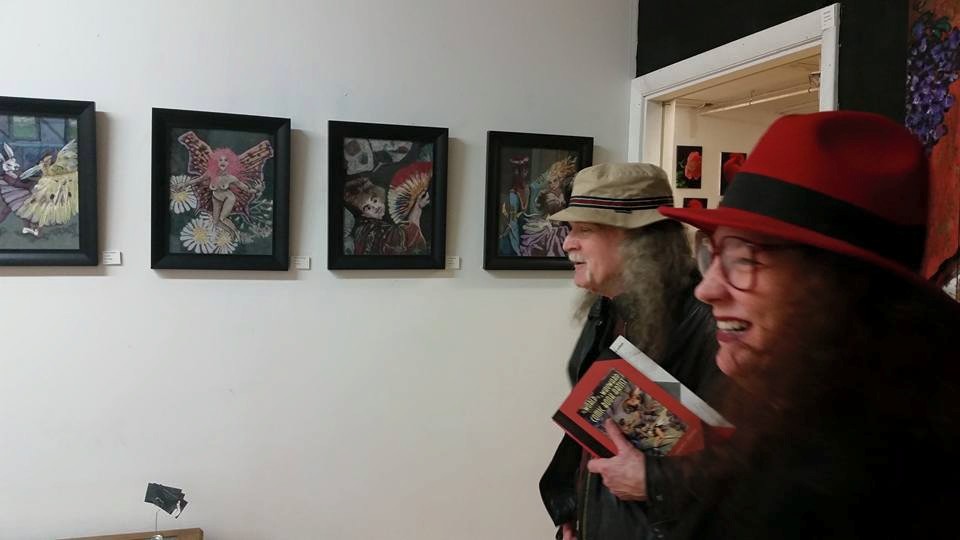 I’ll be participating and showing my art at the following conventions this year:

Here’s my latest, just in time for Christmas:  A gray cat 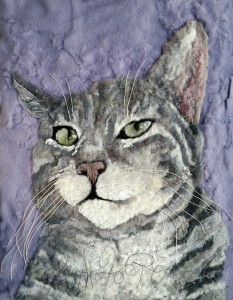 I’ll be the Guest Artist at Artisan’s Square in Scranton this Friday (December 4th) for the holiday festivities of First Friday.  Come see me from 6 to 9 pm!

My latest piece is done. Hope you like it! 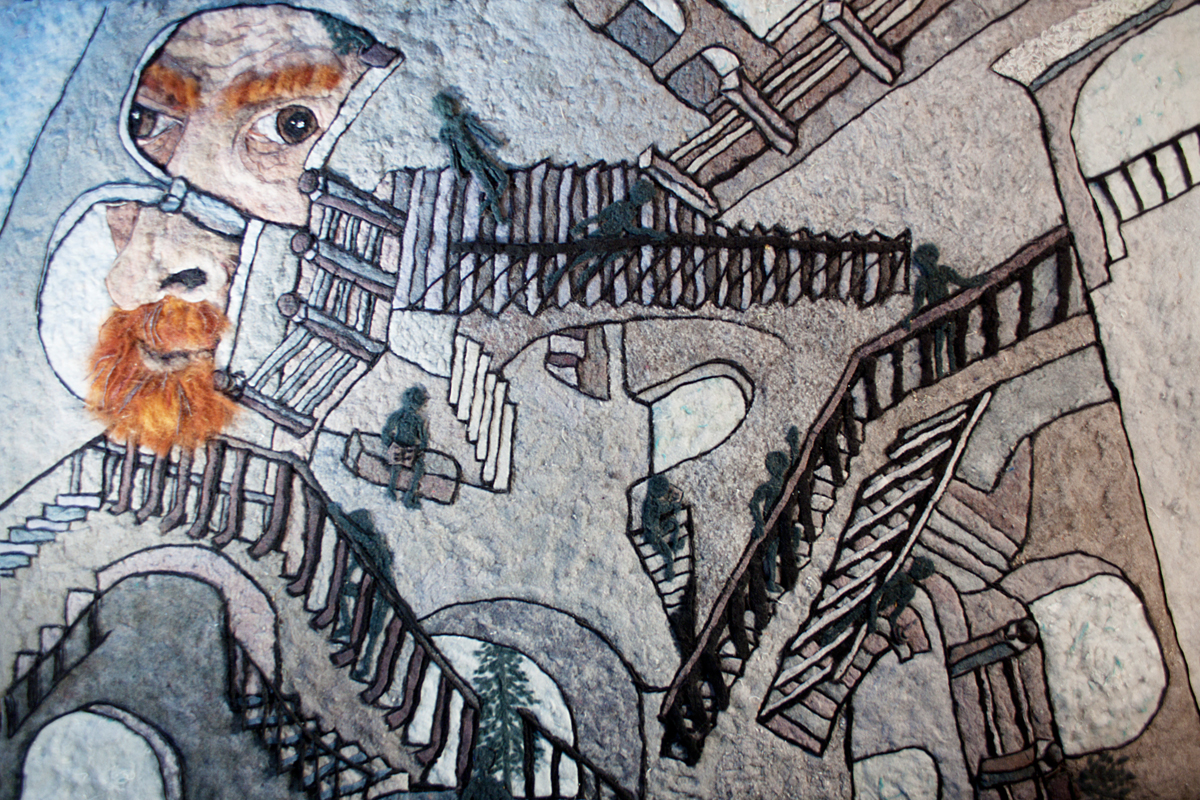 I’m the artist guest of honor at Albacon

One of the conventions I like to attend is Albacon, and they have invited me to be their Artist Guest of Honor in 2016. I’m very honored, of course! The convention is in March. I hope to see some of you there!

I’ll be giving a slide show of my work as well as a demonstration this weekend (October 16) to the Philadelphia Science Fiction Society. I am thrilled that they asked me to speak to them. I’ll be bringing my new piece, Toulouse-Lautrec. 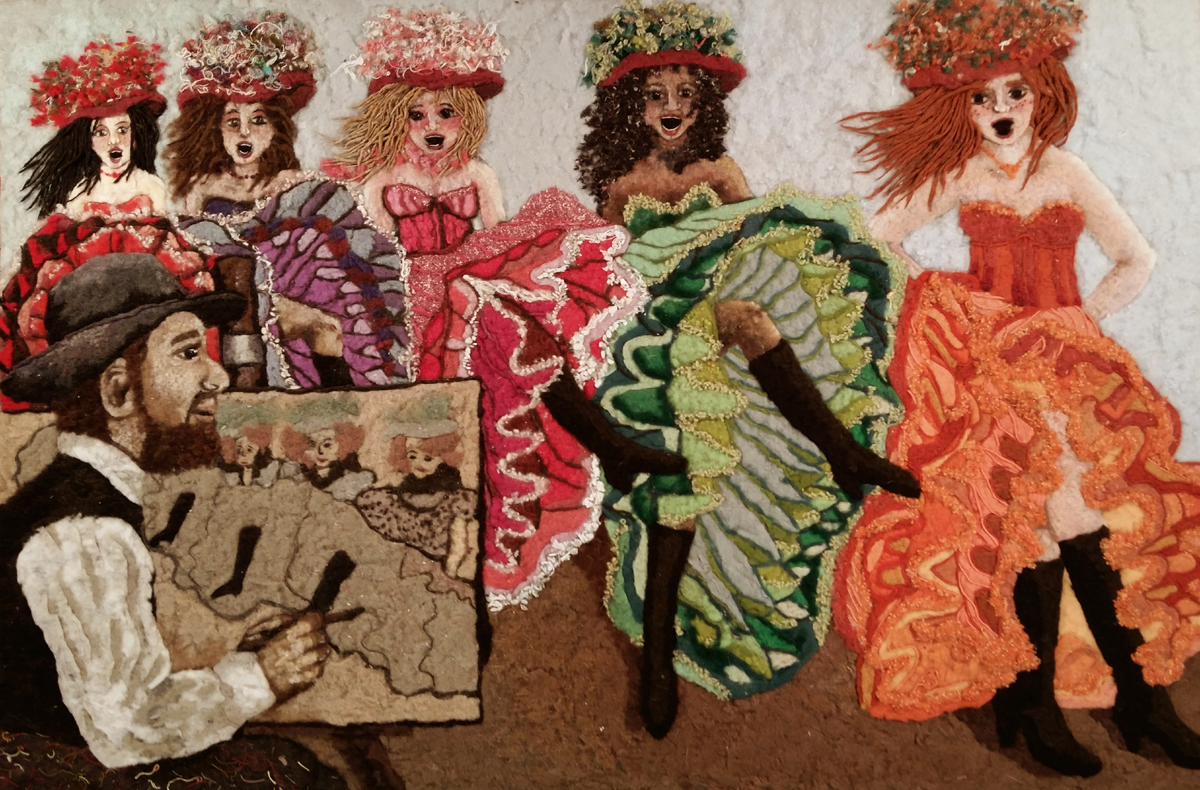